Clarence Gate Gardens is a wonderful 114-year old mansion block in Marylebone, London... and the Residents' Association have created this website to help current residents, future residents, tenants and everyone else with useful information - from the fascinating history of the building itself, some of the famous people who have lived here in the past, to some of the great places to eat, shop and socialise in our local community.  Not to mention the exciting things happening locally (opposite)...

If you are a current resident... you may know some of this, but hopefully the website carries some useful information, and do please register for (and regularly access) the "Residents Area" for information just for residents.  We will update the site regularly, so do keep logging back in.

If you are thinking about buying a flat in the future... we hope there is plenty on here to whet your appetite, show you what a well run block this is, and what a great part of London this is to live!

If you are a current tenant... you will also already know what a great block this is, and this website is also to help you get more from your time with us.

If you are thinking about renting a flat in Clarence Gate Gardens... we hope there is information here to convince you that you won't look back.  There is also a really good article in the Evening Standard that is worth a look here.  However, do please be aware that under the terms of the leases here, the minimum let is six-months, and renting out a room in a shared flat is usually not permitted, so do be suspicious if you are offered a short-term or room-only let.

You can contact the CGG Resident's Association by emailing committee@clarencegategardens.org.uk.  Please note that your email - including contact details - may be passed on to all Committee members, unless you specifically request otherwise.

This web site is run on a volunteer basis and we are always grateful for your feedback and any additional content, so do please email webteam@clarencegategardens.org.uk.  Please also note that the Residents Committee cannot bear responsibility for anything on the site that may not be correct - for example notices about Health and Safety - everything here is to help you make more of Clarence Gate Gardens - but it cannot replace your own obligations.

The Minutes from the CCGRA Committee Meetings on 16th October and 4th December (the latter in draft form) have been posted in the Residents' Only section of this website, so do take a look if you are registered... but if not contact committee@clarencegategardens.org.uk for details how to access these important updates.  The next meeting is on Wednesday 19th February 2020.

Many residents will know Father Gerald - he lived in a flat in CGG for several years, he was the priest at St Cyprian's Church (in our street) for a long time, and he has been a strong supporter of events and activities within Clarence Gate Gardens for longer than that.  He retires at the end of January 2020.  Fr Gerard will be leading his last mass at St Cyprian's on Sunday 19th January (at 10:30am), which will be followed by celebratory drinks afterwards, and all are welcome.

Take a journey through time on a guided walk around Baker Street.  As well as finding out about legendary writer, Sir Arthur Conan Doyle, who, owning a medical practice nearby, chose it as the home of Sherlock Holmes and his side kick Doctor Watson, our neighbourhood is home to many other crime fiction connections, which will be explored during this lunchtime guided walk.  The walk sets off from outside 55 Baker Street at 1pm and is completely FREE.  More here.

Many Residents feel strongly that the air quality in our area needs to be improved.  Westminster Council want to hear the thoughts of local residents on their Air Quality Action Plan by clicking here.  The consultation is open until Wednesday 26th February 2020, and should only take 5 minutes to complete.

Westminster City Council have approved proposals to move the Motorcycle bays from Siddons Lane to the much wider Melcombe Street - in part following consultation submissions from the CGG RA, St Marylebone Society and many CGG residents who back on to Siddons Lane and who are blighted by the acoustics that the narrow street amplifies.  They will be moved to the South side of Melcombe Street (outside the wine shop) in the New Year.

Some Residents may have noticed a recent increase in noise from the Tube lines that run under some of our flats., and the Resident's Committee have been negotiating with TfL.  An initial solution installed a couple of years ago (rubber padding) has had to be removed due to the increase in noise for travellers, but they have agreed to install new plate and wooden sleepers, which should have a positive impact, as we believe the change from wooden to concrete sleepers produced much of the original noise.  The only downside is that the work could take up to a year and a number of Residents continue to engage with TfL with alternative solutions - we will keep you posted.

At the General Election on 12th December, the Conservative candidate, Nickie Aiken, was elected as the MP for the Cities of London and Westminster constituency - replacing Mark Field who stood down.  She was previously the Leader of Westminster City Council, and has lived in the neighbourhood for 20 years.  You can find out more on her website.

As many of you know, a few hundred yards from CGG are a number of tennis courts that you can book - as a member or non-member - and cater for people of all capabilities.  They have promised that 2020 will include improvements to the facilities, starting with essential upgrades to toilet and changing facilities, starting on Monday 6th January, lasting 8-10 weeks – starting with the Female changing rooms/toilet facilities - and as such, they would encourage guests to arrive dressed for playing, to avoid any delays.

The major construction works associated with the scheme are now complete.  If you know of an issue please address it to  https://www.westminster.gov.uk/report-it.  During October, traffic surveys have been undertaken, with a report expected imminently detailing outcomes and any mitigation that may be required.

There are now over 400 electric-vehicle charging-points in Westminster.  Close to CGG, a new charging point is being installed in Bryanston Square - a double-socketed 22kw rapid-charge point serving two bays providing taxi and public use.  This brings the total number of charging points in Bryanston and Dorset Square to 16.

If your children have strong opinions about how to make the world a better place, the UK's Youth Parliament wants to hear from them.  The UK Youth Parliament provides opportunities for 11-18 year olds to use their voices to bring social change through meaningful representation and campaigning.  Young people across Westminster are encouraged to get involved and one way of doing so is through the 'Make Your Mark' ballot, which gives individuals a say on what topics to debate in the House of Commons by members of the Youth Parliament.  Click here or email smiah@westminster.gov.uk.

As many of you may have seen, our nearest retail outlet - Tesco - at the bottom end of our street, has recently reopened after undergoing extensive refurbishments. Whilst the excellent Fruit Garden on Melcombe Street offers many similar products, and within a 5 minute walk we have the Co-Op on Park Road, the new Tesco store is a significant enhancement.

The SOE was a secret branch of the military devoted to espionage and sabotage in World War II.  Learn about their Baker Street base, their clandestine methods and about more recent secret service offices in our neighbourhood.  The walk sets off from outside 55 Baker Street at 1pm and is completely FREE.  More here.

Discover a different perspective on the life and legacy of Queen Victoria with two new exhibitions opened on 24th May at Kensington Palace to celebrate the 200th anniversary of her birth.  Kensington Palace is a pleasant 30 minute walk from CGG.  Explore the story of the young girl destined to be queen, in the rooms where she was born and raised in "Victoria: A Royal Childhood", then meet the private woman behind the public monarch and discover more about her later life and legacy in "Victoria: Woman and Crown".

The Wallace collection is a brisk 15 minutes from CGG, and tickets are now on sale for the first UK exhibition of works by Indian master painters commissioned by East India Company officials in the late 18th and 19th centuries.  Guest curated by writer and historian William Dalrymple, "Forgotten Masters" presents an unprecedented opportunity to see these vivid and highly original paintings together for the first time, recognising them as among the greatest masterpieces of Indian painting.  Tickets range from £9.00 - £13.50.  More here.

15 minute walk from CGG is the wonderful Open Air Theatre in Regent's Park, and they have just announced their 2020 Season:

More details here. Priority Booking for members has already opened, with Public Booking opening at 11am on Friday 11th October 2019.

INFORMATION FOR EU NATIONALS IN THE BOROUGH OF WESTMINSTER

Westminster Council have created a service run by Citizens Advice Westminster to support EU nationals living in Westminster concerned about their future.  You can access this service here, or by calling 0300 330 9011 on Tuesdays and Thursdays between 11am and 2pm, where the team will he happy to talk through your concerns or book a face-to-face appointment to discuss them in detail. 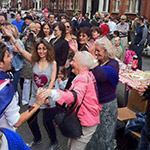 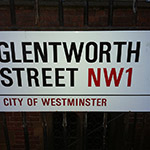 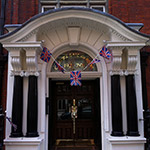 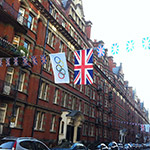 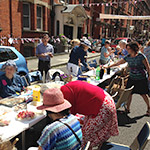 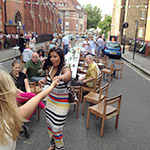 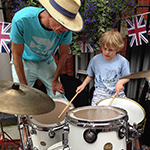 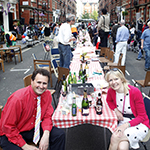 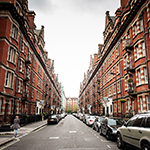 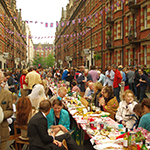 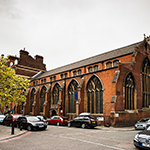 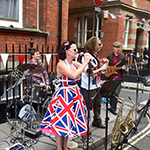 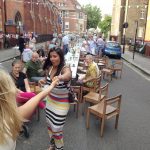 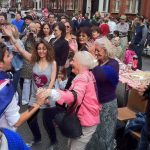 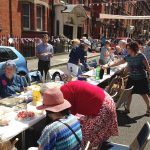 The Clarence Gate Mansions were built between 1903 and 1909, named after the nearby Clarence Gate entrance to Regent's Park. This was a particularly poor and notoriously under-privileged part of London, where poverty, prostitution and petty crime was rife – very different to the area today. Discover More > 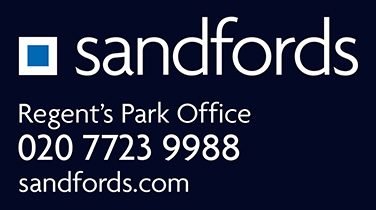